If you would like to know some curiosities of one of the most iconic building in the world, this article is for you. It reveals some anecdotes you could use in a random conversation about Australia.

The Eiffel Tower, the Statue of Liberty, the Colosseum…I will bet you match them to their specific cities.

Well! If I say Sydney, what’s the first thing that comes to your mind?

Likely it will be those white sails called Opera House.

This building is one of the reasons why I chose to come to Sydney years ago. Those shapes amazed me when I was a student of architecture. “One day” I said “I will visit it!”. Ten years later, I prepared my backpack. I said goodbye to my family and friends and flew to the other side of the world for a new start and new experiences.

Apropos, if you are planning to come to Australia, you will need a visa. There are so many types, check this useful guide to get the one that suits you.

Ok, let’s go back to Sydney’s icon. There are loads of information out there if you want to know more about this building. In this post, though, I would like to share with you some facts that you won’t find easily.

This masterpiece of Architecture was designed by Jørn Utzon, a Danish architect.

Now, the question would be:

“How come a Danish architect designed the opera house in Sydney?”

Here is how. In 1956 the Premier Joseph Cahill released an international competition for “a National Opera House”. He wanted that all the people, regardless of their background or class, could enjoy fine music. Australia at that time was growing due also to the significant immigration from Europe during the post-war.

The Danish architect was 38 years old. He paid 10 Australians pounds fee to participate at the competition. Utzon sent his drawings, and surprisingly, his idea was selected as the winner among more than 200 proposals from all over the world.

The juries rejected his project at the first skim. Eero Saarinen was one of the judges. Apparently, the American architect missed the beginning of the process. However, he decided to review all the rejected entries. Among those, he found Utzon’s sketches. The winning scheme!

The rest is history.

Ten years later, due to some controversy, Utzon had to resign from his involvement in the project. He left the country and will never come back to see his greatest masterpiece completed.

Yet, thanks to that architect now this building stands there, right in the bay of Sydney Harbour.

Millions of tourists visit and photograph this still stunning icon every day. Although we live here, it is always a great pleasure and experience to go, have a walk around and admire its shapes.

In our guides, we suggest a few great spots where to enjoy the Opera House from a different point of view.

If you want to see how beautiful it is inside, we also recommend having a guided tour. Every time it is different depending on the events. We did it, and it is absolutely worth it.

One of the questions I always had since I was a student was:

“What are the Opera House’s shells made of?”

In that tour, I remember I was looking closer at those shells, and I realised a few things.

First of all, they are covered with small tiles, and secondly, they are not white!

So I asked the guide if there was any reference to Gaudi’s technique. The famous architect from Barcelona, almost hundreds of years before, used tiles to create incredible curved surfaces. The guide couldn’t answer, but, perhaps, Gaudi’s architecture inspired the technical solution! Who knows?!

How’s it going so far? Too much architecture eh?!

Ok, I got the last fun fact. This is going to be different. I promised!

What I am going to tell you is

The story of one of the most famous tenors, The opera singer.

He is Italian. He was!

Well, as most of you already guessed, we are talking about Luciano Pavarotti.

On one of these occasions, the Master left everyone disappointed. Not because of his singing nor his performance. He actually refused to sing that night!

Let me explain why.

If you are not from Italy, you have to know that Italians are quite superstitious.

Be wary of spilled salt, avoid the number 17, a black cat crosses your path or walking under the stairs. These are some of superstitions that dictate the way of life and show lousy luck.

That night Pavarotti had to sing in one of the six venues inside the Opera House.

He went to have a look at it, get familiar with it, and he couldn’t believe his eyes. The entire hall was purple! Stage, walls, seats, everything.

In the Italian culture, The purple color is a sign of bad luck. Especially if associated with performance and theatre scenes.

You can imagine his face. He pulled himself out that night, leaving the audience stunned.

The Master made his choice!

Now, when you visit the Sydney Opera House, you could share these stories with your friends, family or impress your partner on the first date.

We would be really happy to know if you liked the post or have any question. Feel free to write down in the comments.

If you are thinking to visit Sydney and you would like to discover it differently, write us and get your plan. 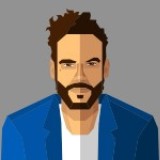